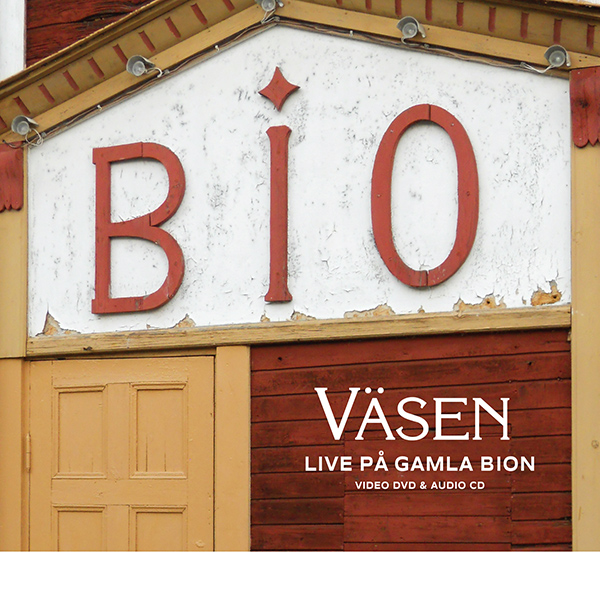 Recorded live in Sweden on 24 July, 2014, this 2-disc set (video DVD and audio CD) captures the trio during their 25th Anniversary tour. The concert includes material from their "Mindset" collection plus some old favorites.

Väsen has been many times to Gamla Bion in Örsundsbro (the old cinema) during the 25 years we have played together. It's the amazing acoustics, nice audience and the warm atmosphere that always brings us back. We have also felt very welcomed by the enthusiastic association running the cinema. The idea for this recording came a few years ago, during Väsen's bicycle tour, when we were resting our legs outside the cinema, chatting with Eva Eldh, one of the organizers.

The ideas were planted and after some intense calling and organizing at the beginning of the summer, a film team and a sound engineer stood ready for Väsen's concert at the cinema 14th of July 2014. Thanks to many supportive and generous people we could make this happen! The audience showed up and we captured a concert we'd like to share with people who couldn't come. Hope you like it!