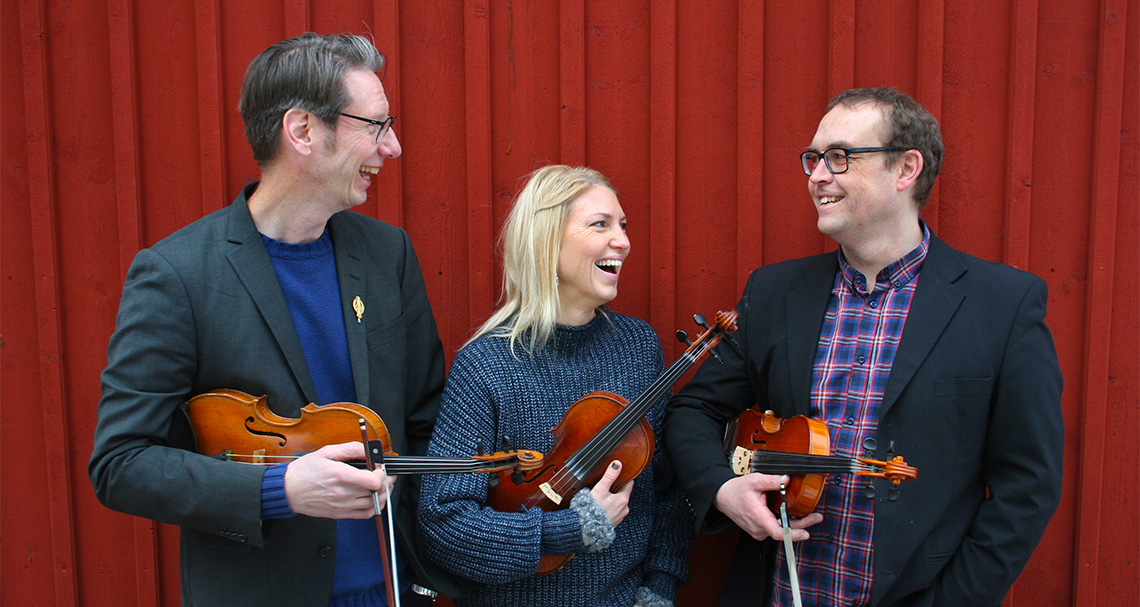 Olov Johansson, Robert Larsson and Erika Lindgren Liljenstolpe are old friends from the Uppland region but their first recording MASKIN was released in June 2017. They offer sparkling fiddle playing in the Uppland tradition. The common love for the light, swinging and yet high energy fiddle style that Viksta-Lasse, Eric Sahlström ,Curt Tallroth and Bosse Larsson were masters of has led to this recording. The trio has visited and played a lot with older fiddlers and Robert’s father, Viksta-Lasses’s nephew are their main inspirer. Many tunes have been played over the years at Bosse and Barbro’s house in Björklinge, Uppland.

ROBERT LARSSON: Riksspelman and winner of composition contests. He has toured with groups like Ö.R.A. (Together with Örjan Englund and Anders Mattsson), and with his father Bosse Larsson, musical heir and grandson to Viksta-Lasse. 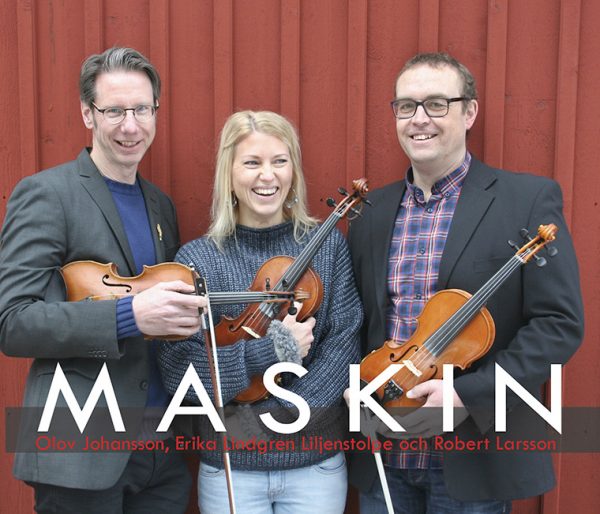